No products in the cart.

The Story of Sonny Muscato

Sonny Muscato was deprived of oxygen and suffered a significant nutrient deficiency upon birth.

Serious complications arose during delivery. Hours passed copiously, and by the time he came out of the womb he was as blue as a blueberry. Sonny Muscato was born in Washington D.C. on April 22nd, 1988. Doctors immediately rushed him to the ICU. After several hours Sonny’s color was back to normal and all levels appeared to be healthy. The next two years were nothing but constant doctor visits and check-ups to make sure he was indeed a healthy baby boy.

Between 2-3 years old, however, Sonny started to express behavior abnormalities.

Social isolation, repetitive actions and oppositional defiance were some of the more notable qualities. One major repetitive action was his obsession with music and low frequencies. Sonny could not go anywhere without music playing or making his own, whether it be singing or slapping his hands against the wall to construct beats and rhythms. No doubt growing up with Marc Muscato (a very accomplished percussionist) as a father was a major influence. Over the years, Sonny’s love for music blossomed but his behaviors worsened. 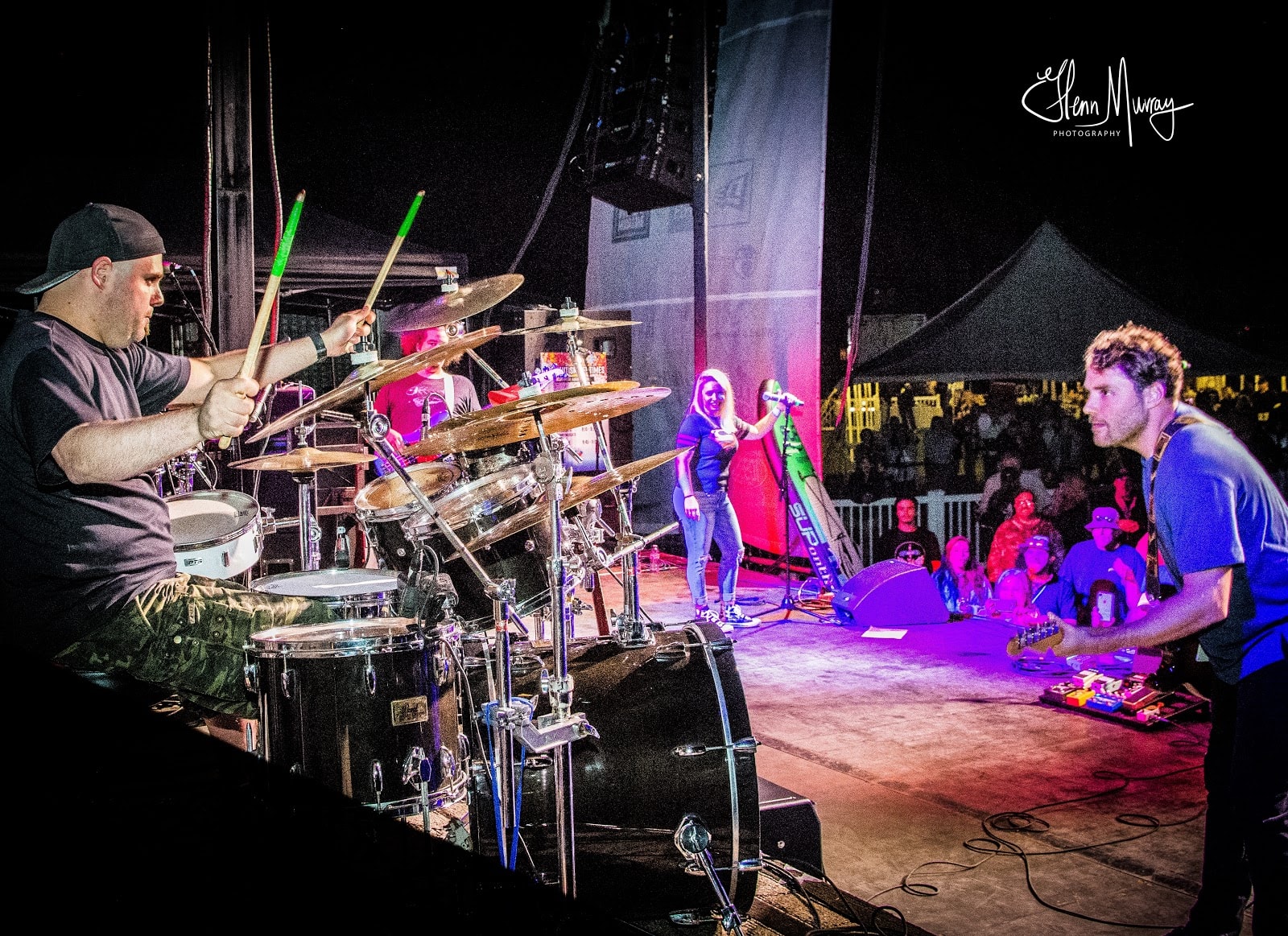 In 1991, when Sonny turned four, it was clear something was wrong.

He was tested by doctors and geneticists at Children’s Hospital in Washington D.C.. Troublingly for Sonny’s parents, the results were inconclusive. Many doctors carried opinions and made various diagnoses on what might be the case but nothing was hitting the mark. Only one doctor suggested that Sonny was on the Autism Spectrum but at the time it was still a fairly new disorder not widely identified. Frustrated and a little mystified, the Muscatos clung to hope that it was just a phase, something would die down over time. Things didn’t get easier for Sonny and his younger brother Max, as their parents eventually separated, and Marc Muscato gained full custody of both boys. He decided to move home to Buffalo, New York to be closer to family and create a support system for his children.

Upon entering pre-school, it was apparent right away that Sonny had major social issues and problems with following directions. In first grade he was quickly transferred into special education courses in hopes it would better suit him. Unfortunately, that did not last long either. Sonny bounced around several school systems in Kenmore, Clarence and Buffalo. Although he continued to have a difficult time adjusting, a common observation was made by all of his teachers. Every teacher in each school system noticed: music was the only thing that leveled him.

Sonny’s elementary education was one failure after another. Something had to change. It seemed the only option left was for him was to be placed in a mental health institution where he could receive “professional” help. Sonny attended school during the week with a mix of children with all kinds of mental disorders and developmental disabilities. The facility lacked a real, focused understanding of autism and had no protocol on how to properly react to children during meltdowns and tantrums. Marc Muscato thought his son was getting the best care available. Shockingly one weekend he discovered that Sonny was being mentally and physically abused. As a result, Sonny became socially isolated, even more withdrawn, understandably distrusting and aggressive. He was shipped from facility to facility, each one promising proper treatment and care but unfortunately for the Muscatos, it turned out to be more of the same abuse and disservice.

Growing up in the 90’s, not much was known about autism spectrum disorder and these so-called “professional facilities” did not deliver on their word. Sonny was said to be a “very unique” case by professionals at these institutions. As he grew he had no issues with communication, actually he was quite verbal in a sense. Sonny may have started out slow but his intelligence skyrocketed. Marc had noticed that the fundamentals of math, science and grammar were missing, however his problem solving, creativity and imagination were off the charts. Psychiatric and teaching professionals noted that Sonny displayed genius characteristics and were baffled by his past. All were in agreement: he had a special connection with music.

Teenage years would prove a very turbulent time. The mental health facilities weren’t working; his oppositional defiance worsened and he grew restless for change. Growing up Sonny was a drummer, anywhere he went he was always banging on something. He started playing drums when he was 4 and played every weekend when he was back home with Max and his dad. Then around 17 he joined Max’s band, Cookies & Beer. Although the two fought constantly (as brothers do) Sonny had no issues when music was involved. “It was like he wasn’t autistic when we were in the band,” Max reflected on that time spent with his brother. “Music just got through to him.” Sonny’s mental health stabilized; the more he played, the more positive he became. And his clinical depression was almost manageable. Together the two played gigs all over Buffalo and Fredonia. It was nothing but fun and good memories. 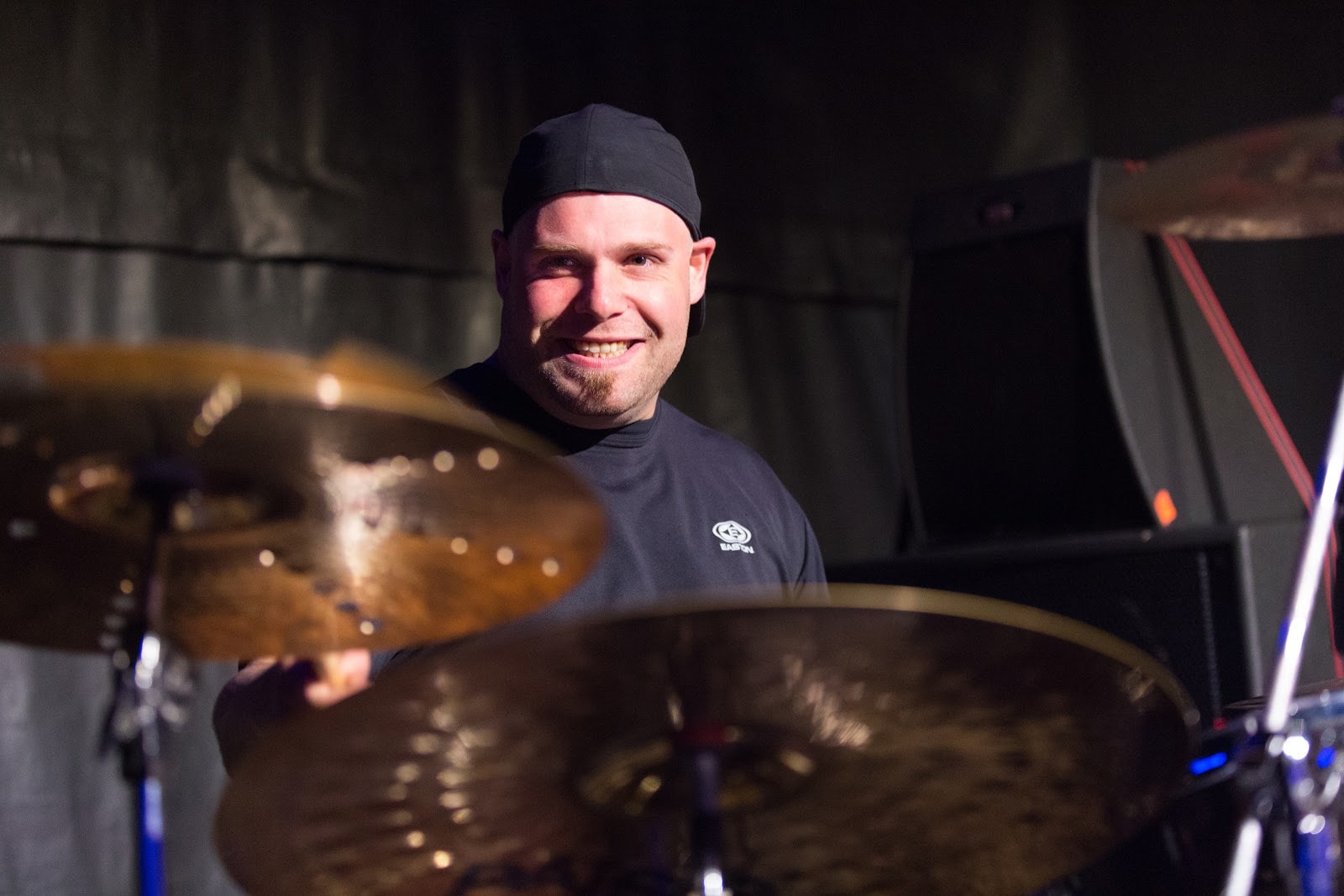 “Music makes me feel good and free. People don’t make fun of me in music. They don’t hurt me. I feel like I can do anything. -Sonny J. Muscato

The fun didn’t last, though. When Sonny turned 18 he was legally allowed to refuse services. Although he was compliant at first, he gained independence (which was nice in a sense) but he soon fell down a slippery slope. Sonny started to venture into the streets of South Buffalo with no knowledge of adulthood or the real world. The most troubling fact was that, although brilliant, he had no marketable skills. Employment was scarce and hardly sustainable if gained. Interestingly, at this point in his life social isolation had started to dissipate and he enjoyed the company of others. People had always been drawn to Sonny; they were easily attracted to his naturally comfortable, non-threatening vibe. He made friends easily, but not the most trustworthy or honorable friends. Soon Sonny would be thrown into a life of mischief, crime and drugs.

At 22 Sonny was well known in South Buffalo, but looking after him alone was too much for Marc Muscato to handle. Eventually, he asked Max to move back home to help take care of him. The three of them lived together for a few years but issues arose constantly. Sonny was habitually getting into trouble with his so-called “friends.” Fortunately, the South Buffalo police department was very familiar with Sonny and often times he would come home in the back of a police car by kind-hearted officers that were just looking out for him. But luck ran out when a drunken correctional officer shot Sonny over a misunderstanding. He was rushed to ECMC. Fortunately, doctors who treated him concluded there was no serious damage.

It was a wake-up call for the Muscato family to say the least and Max felt a change needed to happen. To give Sonny a new start and get back on his feet. During this time Marc and Max advocated for Sonny to be accepted into a music therapy program. Each time they were informed Sonny was waitlisted. The family continued to press for admittance, to give Sonny access to the one thing that seemed to make a difference. Sonny needed music in his life. Marc and Max were adamant about that fact. In the meantime, Max bought a rental property for Sonny, with the idea that he could become independent and happy. Once in the music program, Sonny could manage his mental health and avoid slipping into bouts of serious clinical depression. But the acceptance call never came and soon it was uncovered that Sonny had been abusing crack cocaine to self-medicate. He was officially an addict. Multiple thefts and drug-induced outbursts eventually landed Sonny in prison.

Since 2016, Sonny Muscato has been in and out of jail and rehab centres. Mental health facilities that were supposed to provide drug rehabilitation fell short of providing the proper care necessary for an adult male living on the autism spectrum. After a meltdown or an intense aggressive episode in rehab Sonny would end up back in jail by order of the court. Prison is the only solution to the problem, for the time being, it keeps him away from the crack and off dangerous streets.

Throughout his life, Sonny has battled adversity and kept a smile on his face. Prison guards, police officers even judges like Sonny. They look after him and understand him. As a kid growing up autistic in a world that was not prepared for him, Sonny slipped through a sizable crack. But he still battles on, beating the drums as loud as he can. He may have had a rough beginning, but our goal is to make sure Sonny has a happy ending. We want to protect autistic youth like Sonny, who have music and creativity in their hearts, from falling prey to a broken system.